SSA Costs Too Much

Social Security has declared that the cost-of-living increase for 2015 will be 1.7%.  During the last few years, I have heard the media criticize the Social Security program for running out of money because the benefits paid to retirees is too high They argue that we must eliminate or reduce benefits “because we will run out of money.” They ask how can we keep affording this costly program?”

Well, the truth is that the “crisis” is in the eye of the beholder.  We luckily live in the United States and can now afford whatever we want to afford.  For instance, Social Security’s fiscal year (FY) 2013 Agency Financial Report (AFR) shows that over 66 million Americans received almost $855 billion in Social Security benefits with the average retiree earning nearly $1,300 per month and the average disabled person earning nearly $1,150.

How much was this $855 million cost was paid by the income tax payers?  ZERO!

The tax was fully paid by the collections from FICA and recoupment from taxes on “retirees” benefits.  According to IRS, the total employment taxes collected were $898, and the surplus, after paying for  administrative and other costs, was credited to the $2.7 trillion “NET POSITION” (i.e. the government’s accounting  fund designated to pay future benefits).

Now, these numbers may be a bit simplified and sound too rosy in light of the projections of people living longer and having more expensive costs in the future.  But let’s look at the big picture of what we choose to spend money on.  In 2013, the USA collected nearly 3000 times more in total taxes than we would have paid out in Social Security benefits.  That means that for every $10,000 in taxes we collected;  – even if we never collected one dollar of FICA – we could have paid $3.50 back in Social Security benefits to the people who had previously paid in FICA taxes.  Of course, applying that amount to millions of people means billions of dollars.  But such a challenge is not insurmountable.  It is still our government.  It can choose which wars, social programs, foreign aid, highways or low-cost medical care that they believe will give us the best life.  Our leaders can spend the tax money any way that they want, so they could choose, if they wanted, to pay more monies to American citizens.

Social Security is not a generous program (in part I would argue, because it is an insurance program).  President Bush noted the poor return of investing in Treasury bonds and proposed how we could invest with a stockbroker and get a better return.  But Social Security was a security program not an investment program.  People were free to invest in 401k or real estate.  Social security only pays and average of  – if the  – however, since there was always a surplus — Social Security cost nothing.

And these amounts are modest as revealed by the new 1.7% increased amounts to be received next year. The average disabled worker gets a monthly amount of $1150 and the average retiree $1300.  Despite these poverty-level amounts,  over half the married couples and three quarter of single individuals report that  this is over 50% of their total retirement income.

Finally, we could balance the Social Security system by taxing more.  In 2013 the people earning over $113,700 didn’t pay FICA taxes.  If the total earnings of part of these 13.7 million taxpayers were taxed, the Social Security system would be solvent for many, many years.  If the current rate of 6.2 was raised 1% for employers and employees, the system would be solvent indefinitely.

When people say they want to cut Social Security programs because they cost too much, they are saying they don’t value Social Security as much as various other government projects. 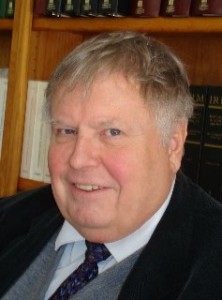 John J. Borsos has been providing assertive and compassionate representation in Utah and Southern Idaho for more than 34 years

An agency that conducts an adversary adjudication shall award, to a prevailing party other than the United States, fees and other expenses incurred by that party in connection with that proceeding, unless the adjudicative officer of the agency finds that the position of the agency was substantially justified or that special circumstances make an award unjust. Whether or not the position of the agency was substantially justified shall be determined on the basis of the administrative record, as a whole, which is made in the adversary adjudication for which fees and other expenses are sought.

Basically EAJA fees are awarded to parties that have won their case against the United States Government, unless they can prove that the original decision was substantially justified.

It’s a sad state of affairs when we have to sue our own government for benefits that we are entitled to. No one chooses to be disabled. I talk with clients daily that wish they could go back to work, but that’s just not in the cards for them. After working their whole lives and paying into Social Security people are often shocked at how difficult it can be to get on benefits. They had no problem taking the money out of your checks but now that you need it you’ve got an uphill battle on your hands. If you are denied by the ALJ, and the appeals council, your only option is then to file an appeal with the Federal Court. As with all things that deal with court it becomes more expensive and time consuming. This is why EAJA fees are so important. The attorney can collect their fees for appealing in federal court from the government rather than you.

Stacy has worked for Mr. Borsos since 2007. She handles all cases at the initial levels and again at Federal Court. 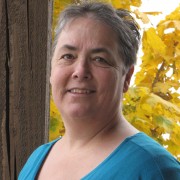 How Do I Show That I Am Disabled?

The most important thing you can do to help in winning your disability claim is very simple: Go to your doctor and do what he or she says! This seems like a simple idea, but many people do not do it for one reason or another. However, it is vitally important that you have medical evidence of your disabilities, or there is no possibility of winning your case. It doesn’t matter how much you hurt or how sick you are, if you are not seeing a medical provider on a regular basis, you will not win disability benefits!
Seeing a doctor on a regular basis helps you in many ways. First of all, it gives you your best chance of getting better. It also documents the conditions that keep you from working. If nothing else, it shows Social Security that you are doing everything in your power to get better, and that you would be working if you could.
Sometimes it is difficult to see a doctor on a regular basis because you have no insurance. However, there are many doctors who will see patients on a sliding fee basis, depending on your income level, and some will even treat you for free. The Midtown Clinics in Davis and Weber Counties will treat you on a sliding scale. The Maliheh Clinic and the * clinic in Salt Lake County treat people for free, as does the Fourth Street Clinic. Many IHC hospitals and clinics have patient assistance programs to help you obtain the treatment you need. Check with the doctors in your area, to see if they would be willing to help you, or refer you to another clinic which specializes in helping people with low incomes.
It is very important that you do all in your power to get better, even if it seems impossible that you will be able to get back to work, so we can show Social Security that you really are disabled, and have a better chance of winning your case.